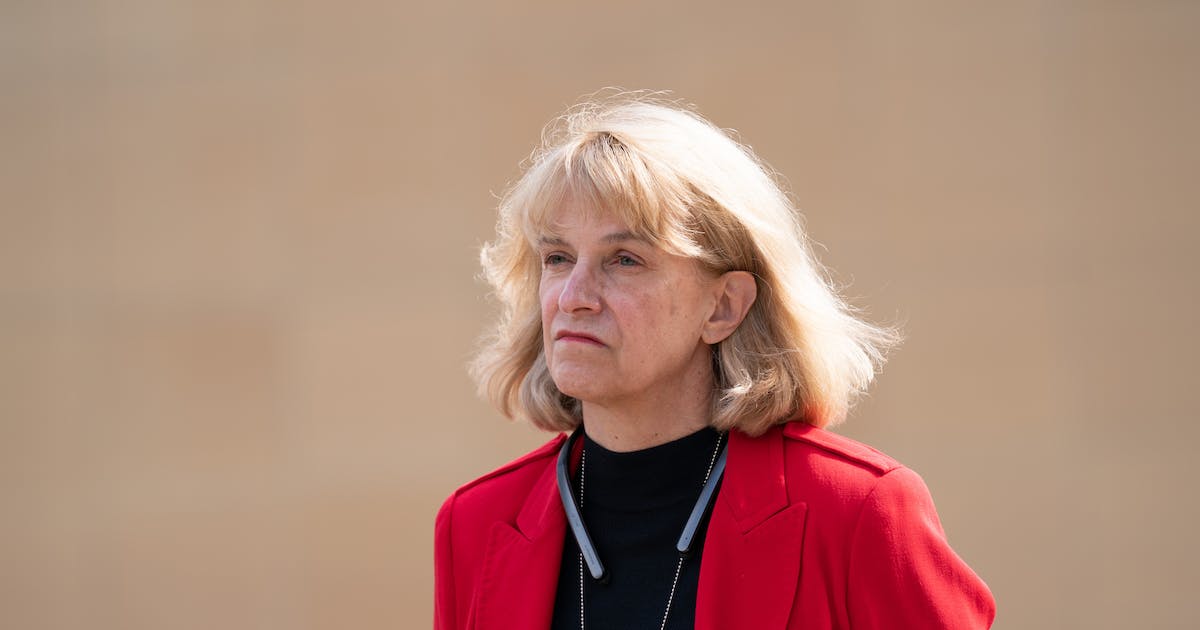 Opinion editor’s note: Editorials represent the opinions of the Star Tribune Editorial Board, which operates independently from the newsroom.

While four members of Gov. Tim Walz’s cabinet recently announced that they would not seek reappointment, one important commissioner is staying on to serve in a second gubernatorial term.

Jodi Harpstead leads the Minnesota Department of Human Services (DHS). It is a daunting assignment with responsibilities that include running the state’s medical and public assistance programs as well as the direct care and treatment system.

Harpstead stepped in to lead the agency in August 2019 after leadership turnover and misspending allegations roiled the agency. She’s worked hard to bolster financial controls and improve frayed legislative relationships.

That same pragmatic problem-solving is needed again to address a troubling rift between DHS and the state’s mental health community. At issue: an agency decision to exit a federal program that is pioneering a promising next-generation care model.

Although an interview this week with DHS suggests the agency isn’t inclined to reconsider, the Editorial Board encourages the agency to do so. Harpstead and her agency’s top behavioral health lieutenants should also sit down soon with mental health advocates who contend the agency is making the wrong decision, is leaving millions in federal funding on the table and has not been transparent about its rationale.

The innovative federal program at the heart of the dispute is known as the “Certified Community Behavioral Health Clinic (CCBHC) National Demonstration.“

Among the requirements to be a CCBHC: Crisis services that are available 24 hours a day, seven days a week. In addition, CCBHCs must provide “a comprehensive array of services so that people who need care are not caught trying to piece together the behavioral health support they need across multiple providers,” according to federal officials.

To do this, CCBHCs must deliver core services that include crisis assistance, screening and risk assessment, treatment planning, outpatient mental health and substance use services, targeted case management and community-based mental health care for veterans. Also on this list are psychiatric rehabilitation services and “peer, family support and counselor” services.

If it seems like a lot, it is. But that’s the beauty of the CCBHC approach. It’s a one-stop shop, helping people access care quickly and better navigate a fragmented care system. This is critical to help people in crisis and ensure they get ongoing care.

U.S. Sen. Roy Blunt, a Missouri Republican, is a CCBHC advocate. His office reports that “Statistics from the Department of Health and Human Services show that people who received services at these clinics had 63.2% fewer emergency department visits; spent 60.3% less time in jails; and saw a 40.7% decrease in homelessness.”

There are more than 450 CCBHCs nationwide. Minnesota, to its credit, was one of the program’s early adopters and currently has 13 CCBHCs, with another eight federal grantees coming online, giving the state a total of 21 “within the next four years,” according to mental health advocates.

As its name suggests, the program and the aid to implement the CCBHC model weren’t intended to be permanent. However, federal lawmakers have passed multiple extensions. In 2022, Congress expanded the program and extended funding through fall 2025.

DHS’s decision to exit next month comes down to the state needing to “graduate” the program and transition away from federal support, with the state’s current massive surplus providing an opportunity to make up for lost federal dollars. Mental health advocates opposing this decision estimate that the state could lose up to $30 million in annual federal matching funds.

The DHS decision may have been made before Congress renewed its CCBHC commitment, raising questions about whether this is the appropriate time to “graduate.” Leadership churn within DHS’s behavioral health division raises further concerns.

The advocates opposing the DHS decision are some of the state’s most respected mental health organizations — the National Alliance on Mental Illness’s state chapter, the Minnesota Association of Community Health Programs and prominent providers.

“In choosing to remove Minnesota from the Demo, the state’s national reputation is impacted, going from one of the pioneering states in transforming mental health care in the U.S. to dropping behind as the rest of the nation strives to join the Demo,” a joint statement said.

The gaping divide between DHS and these important voices is alarming and needs remedy. Harpstead is a capable commissioner and should see this as an opportunity for her team to navigate differences and build consensus.